What You Should Know About Childhood Asthma

Asthma is the most common chronic disease of childhood, and yet many parents know little about it. The numbers of young people and children with asthma is rising.Although asthma can occur in people of any age, even in infants, most children with the illness developed it by about age 5. Asthma seems to be more common in boys than in girls in early childhood.  By the teen years, the risk seems to even out between girls and boys.The best defense against childhood asthma begins with knowledge of the disease. This is the best way to ensure that, if your child does develop asthma, you and your doctor can work together to control the illness.

Asthma is a chronic (long-term) illness in which the airways become blocked or narrowed. This is usually temporary, but it causes shortness of breath, trouble breathing, and other symptoms. If asthma becomes severe, the person may need emergency treatment to restore normal breathing.

When you breathe in, air travels through your nose and/or mouth through a tube called thetrachea (sometimes referred to as the “windpipe”). From there, it enters a series of smaller tubes that branch off from the trachea. These branched tubes are the bronchi, and they divide further into smaller tubes called the bronchioles. It is in the bronchi and bronchioles that asthma has its main effects.

The symptoms of asthma are triggered by things in the environment. These vary from person to person, but common triggers include cold air; exercise; allergens (things that cause allergies) such as dust mites, mold, pollen, animal dander or cockroach debris; and some types of viral infections.

Here is how the process occurs. When the airways come into contact with one of these triggers, the tissue inside the bronchi and bronchioles becomes inflamed (inflammation). At the same time, the muscles on the outside of the airways tighten up (constriction), causing them to narrow. Then the fluid (mucus) is released into the bronchioles, which also become swollen. The breathing passages are narrowed still more, and breathing becomes very difficult.

This process can be normal, up to a point. Everyone’s airways constrict somewhat in response to irritating substances. But in a person with asthma, the airways are hyperreactive. This means that their airways overreact to things that would just be minor irritants in people without asthma.

To describe the effects of asthma, some doctors use the term “twitchy airways.” This is a good description of how the airways of people with asthma are different from those without the disease. (Not all patients with hyperreactive airways have symptoms of asthma, though).

In mild cases of asthma, the symptoms usually subside on their own. Most people with asthma, though, need medication to control or prevent the episodes. The need for medication is based on how often asthma attacks occur and how severe they are. With the treatments available today, most children with asthma can do almost everything that children without the disease can do.

Who Gets Asthma and What Triggers It?

Some traits make it more likely that a child will develop asthma. These risk factors can alert you to watch for signs of the disease so that your child can be treated promptly.

Heredity. To some extent, asthma seems to run in families. Children whose brothers, sisters, or parents have asthma are more likely to develop the illness themselves. If both parents have asthma, the risk is greater than if only one parent has it. For some reason, the risk appears to be greater if the mother has asthma than if the father does.

Atopy. Certain types of allergies can increase a child’s risk of developing asthma. A person is said to have atopy (or to be atopic) when he or she is prone to have allergies. This tendency is passed on from the person’s parents. It is not the same as inheriting a specific type of allergy. Rather, it is merely the tendency to develop allergies. In other words, both the child and the parent might be allergic to something, but not necessarily to the same thing.

Substances in the environment that cause allergies—things like dust mites, mold or pollen—are known as allergens. Atopy causes the body to respond to allergens by producingimmunoglobulin E (IgE) antibodies. Antibodies are proteins that form in response to foreign substances in the body. One way to test a person for allergies is to perform skin tests with extracts of the allergens or do blood tests for IgE antibodies to these allergens.

What Are Some Asthma Triggers?

It is important to be aware of the things in your environment that tend to make asthma worse. These factors vary from person to person. Some of the more common factors or triggers are described here.

Allergens. Some allergens (substances that cause allergies) are more likely to trigger an asthma attack. For instance, babies in particular may have food allergies that can bring on asthma symptoms. Some of the foods to which American children are commonly allergic are eggs, cow’s milk, wheat, soybean products, tree nuts and peanuts.

A baby with a food allergy may have diarrhea and vomiting. He or she is also likely to have a runny nose, a wet cough, and itchy, flaky skin. In toddlers, common allergens that trigger asthma include house dust mites, molds and animal hair. In older children, pollen may be a trigger, but indoor allergens and molds are more likely to be a cause of asthma.

Viral infections. Some types of viral infections can also trigger asthma. Two of the most likely culprits are respiratory syncytial virus (RSV) and parainfluenza virus. The latter affects the respiratory tract in children, sometimes causing bronchitis (inflammation of the bronchi) or pneumonia (inflammation of the lining inside the lungs). RSV can cause diseases of the bronchial system known as bronchopneumonia and bronchiolitis. A young child who has wheezing with bronchiolitis is likely to develop asthma later in life.

Tobacco smoke. Today most people are aware that smoking can lead to cancer and heart disease. What you may not be aware of, though, is that smoking is also a risk factor for asthma in children and a common trigger of asthma for all ages.

It may seem obvious that people with asthma should not smoke, but they should also avoid the smoke from others’ cigarettes. This “secondhand” smoke, or “passive smoking,” can trigger asthma symptoms in people with the disease. Studies have shown a clear link between second hand smoke and asthma in young people. Passive smoking worsens asthma in children and teens and may cause up to 26,000 new cases of asthma each year.

Other irritants in the environment can also bring on an asthma attack. These irritants may include paint fumes, smog, aerosol sprays and even perfume.

Exercise. Exercise—especially in cold air—is a frequent asthma trigger. A form of asthma called exercise-induced asthma is triggered by physical activity. Symptoms of this kind of asthma may not appear until several minutes of sustained exercise. (When symptoms appear sooner than this, it usually means that the person needs to adjust his or her treatment). The kind of physical activities that can bring on asthma symptoms include not only exercise, but also laughing, crying, holding one’s breath and hyperventilating (rapid, shallow breathing).

Other triggers. Cold air, wind, rain and sudden changes in the weather can sometimes bring on an asthma attack.

In addition, asthma attacks do not always occur right after exposure to a trigger. Depending on the type of trigger and how sensitive this child is to it, asthma attacks may be delayed.

Each case of asthma is unique to that particular child. It is important to keep track of the factors or triggers that you know to provoke asthma attacks in your child. Because the symptoms do not always occur right after exposure, this may take a bit of detective work.

What Are the Symptoms of Asthma?

Common symptoms of asthma include the following:

Be Involved in Your Child’s Care

Asthma is an illness that is best understood, rather than feared. If your child has asthma, learn all you can about the disease and work with your child’s doctor. This will afford your child the best chance of controlling asthma and allowing him or her to lead a normal, healthy and happy life.

This information should not substitute for seeking responsible, professional medical care

Are you at risk?

This short questionnaire will help you find out if you might have COPD. 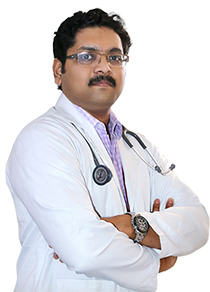